Yet another knife incident linked to hunderton

4 of the last high profile incidents (iirc) involving knives in Hereford all have links to Hunderton.

Christopher Bagley left a house in Hunderton and was killed, Robert Ecock was from Hunderton (originally), The non local women who went on a speed in hunderton. And now another one where a man ( use that word loosely) stabbed his partner in hunderton.

It’s like the estate is trying to revive its past “Shanghai” label.

Robert Peston (BBC) on the subject

So why are they trying to aggravate customers by having a TalkTalk hit squad hovering as you leave? I let it go last night as these salesmen have to earn a living somewhere ... but I got grabbed again tonight by the same guys who had forgotten we had a conversation last night which had ended with me saying I was not remotely interested in their product.

I was also in a bad mood as the offer product I went in for was bare on the shelf.

Also the car park now has so many rules that it puts you off going there. Machines that need you to type in your car registration number for instance. That loses my interest straight away! Plus ANPR cameras.

And I've not even started on the till situation!

A Volvo car has crashed into the wall at St Nicholas Church in Barton Road this afternoon. We are not sure how the vehicle managed to crash into the wall with the car facing in the wrong direction...We understand that an elderly couple were in the car. 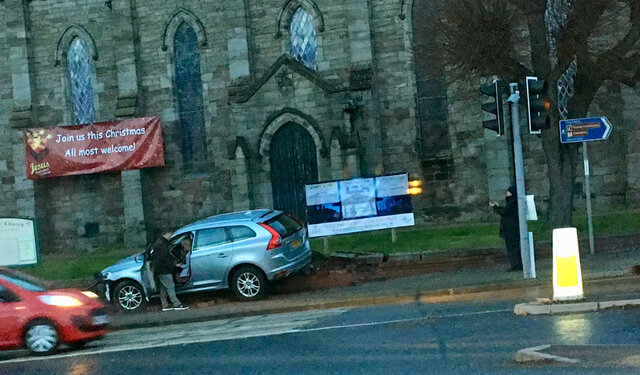 There is a recovery truck on site and we do not believe anyone was seriously injured.

So our question now is should people have a mandatory re-test every two or three years once they reach the age of 70-75?


4Fs for farmers! - Family Funday on the Football Fields

How do we go about getting this off the ground to happen on our side of the river? JimmyK  has been heavily involved with picnic in the park on his patch on the quarry with great success.  Any suggestions welcome.

We are offering this reward to encourage people to come forward with information to help us identify those responsible for Christians death.
We firmly believe that someone has information which could lead us to those responsible for Christian's death but has not yet come forward. My appeal to them is to think about the impact Christians murder has had on his family, in particular his young daughter who faces a life without her father, and to do the right thing by contacting us.
If you have any information it is imperative you come forward to police and allow Christians family the justice they deserve. Yesterday on my travels I noticed not one not two but three vehicles clamped and stamped by the DVLA for tax evasion - this was South Side only. One chappy looked rather miffed that his 16 plate was clamped right outside the school. Well done DVLA. This should become a weekly occurrence.

Planning submitted for apartments on the site of the former Sportsman Pub on Widemarsh Common. 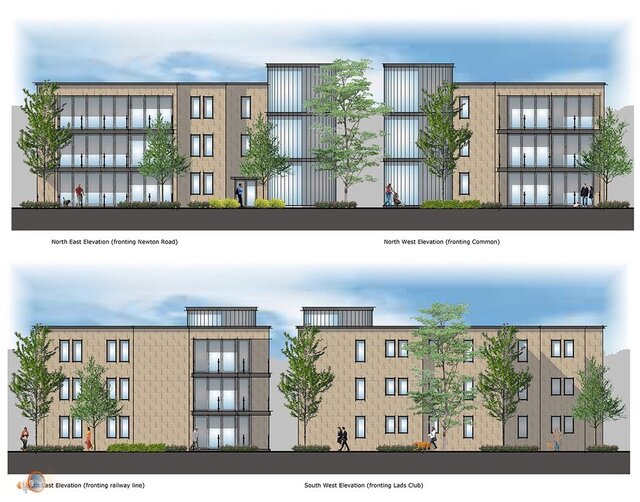 I notice that the Hereford Times website if offline yet again, it has been down for several hours. It was offline a few weeks ago too, very odd, you would think a website like that would be more rigid and reliable

A multi-million-pound government policy to boost job creation has failed to deliver, research has revealed.

But BBC-commissioned research found by 2017 only 17,307 jobs had been created in 24 zones around England - and in two areas the number of jobs had fallen.

The research, which was conducted by think tank charity Centre for Cities using data from the Office for National Statistics (ONS), showed the number of jobs created fell short by nearly three-quarters of the amount predicted in the government's initial announcement in 2011.

The figure for Hereford was only 146 jobs. It's created more jobs for those involved in planning, building and promoting the site than actually working there.

The scaffolding erected at the Town Hall in Hereford in December 2015 was finally removed today after almost three and a half years! 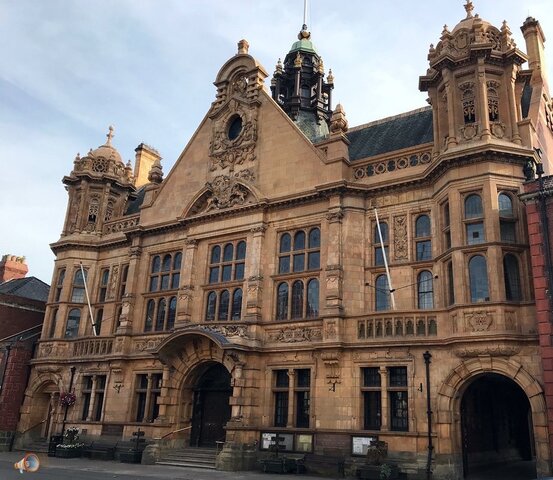 The entrance canopy has undergone extensive repair work as it had settled by approximately 50mm and required additional strengthening steel rods to be placed in order to give additional support and a large part of the canopy has been completely replaced together with remedial terracotta and stone work. 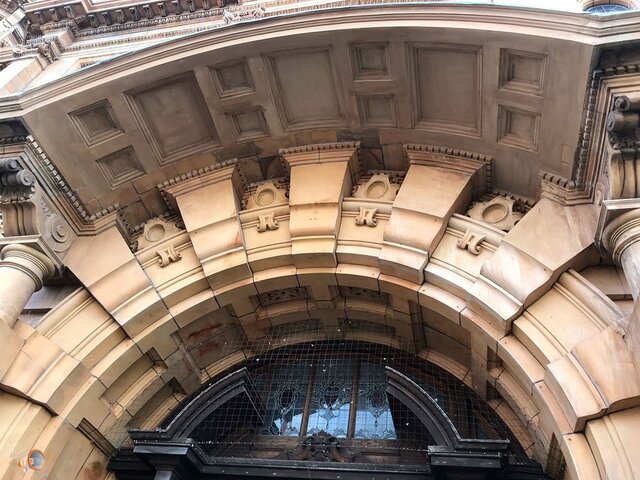 There is still some cleaning to be done to complete the project but this fine iconic Hereford building is almost back to its former glory.

The new timber walkway construction on the embankment of Belmont Pools (to improve the safety of pedestrians/cyclists across the causeway) has now been completed and looks fabulous!

We originally broke this story back in April on our Facebook Page here but forgot to add it to our forums, so here are the photographs we took at the time. 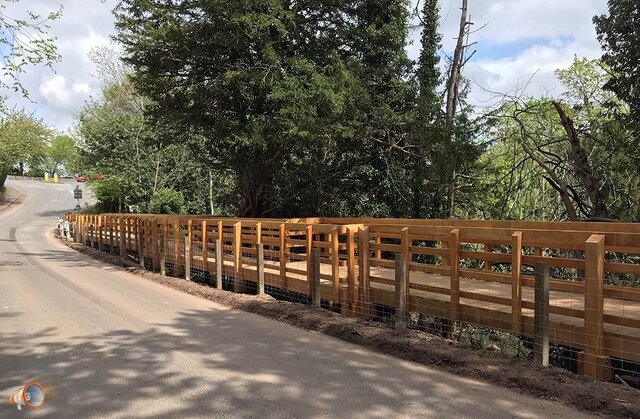 Jeffery Epstein rearrested many vip’s must be nervous

Huge story from over the pond with the re arrest of Jeffery Epstein. He was the billionaire who had a private island getaway. Where he used to fly in v v v famous people on his private jet the Lolita express. Names such as Bill Clinton, prince Andrew, Stephen hawking, woody allen,the crown prince of Saudi, and many more.

He is arrested on child exploitation charges and child sex trafficking. Basically he flew the rich and famous there so they could have fun with kids and some other very sinister things . Away from the eyes of the world.  This is going to be an interesting story. If he squeals then big names could fall. 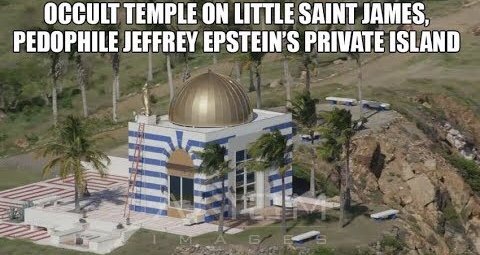 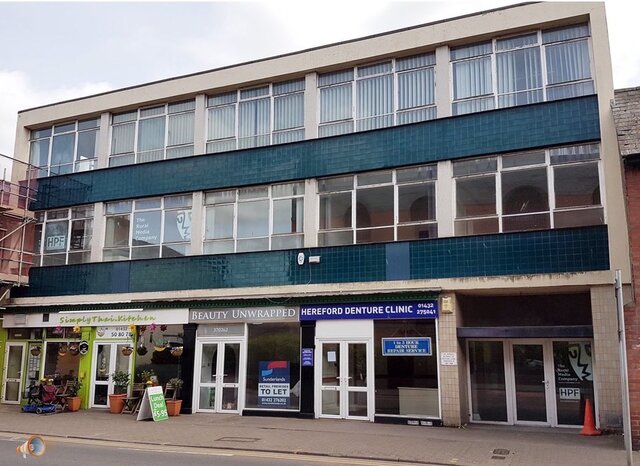 Sullivan House Widemarsh Street Hereford, proposed change of use of redundant commercial building B1(a) to C3 residential incorporating 10 no. apartments of 6no. 1 bedroom units and 4no. 2 bedroom units. The proposal includes bin and cycle storageand 5 no. car parking spaces.

As someone who occasionally buys things from the corner shop on Belmont Road/Avenue. I was shocked to see the photo and report online this morning. The staff there are always polite and friendly. The customers are not all boozers. I often see older people who don't want to walk as far as Asda.  I really think the Hereford Times should get their act together when publishing photographs of the wrong place (not the first time) The people who run this shop deserve a proper apology.

Also, the real shop in question was previously a newsagents before Asda opened, then selling washing machines etc. I have seen no planning applications for change of use to allow selling food etc. . If the licensing people object, why has no change of use been approved.

I enjoy good food but I refuse to eat in restaurants where I am aware that they serve Halal meat.

Halal is an Arabic word that means “permissible.” In terms of food, it means food that is permissible according to Islamic law. For a meat to be certified “halal,” it cannot be a forbidden cut (such as meat from hindquarters) or animal (such as pork.)

The slaughter of a halal animal is called “zabihah” and there are certain guidelines to follow:

Allah’s (God’s) name must be pronounced during slaughter.
The instrument must be very sharp to ensure humane slaughter. The animal must be slit at the throat.
The animal must not be unconscious
The animal must be hung upside down and allowed to bleed dry. Eating blood is not halal.
These steps must be accomplished by a Muslim or the People of the Book (Christian or Jew.) Many observant Muslims find kosher meat acceptable.
The animal must have been fed a natural diet that did not contain animal by-products

Well, folks, seems it will soon be time to focus on the Leadership election, as Mrs May has now indicated that she’ll be jumping ship in June. Let’s not go into the boring detail of who the aspirants for this lucrative job are, save to point out that the casting votes in the second round of the contest (the first round is restricted to the 330 serving Conservative MPs in the Commons) are vested only in paid-up members of the Conservative & Unionist Party of the UK. And at the last count there were a mere 125,000 of them – mostly with Bus Passes and many with limited life expectancy.

Against a UK population of just over 66 million. So the next British Prime Minister will be elected by just under 2% of the population. Does that sound fair to you?


Weeds verging on the ridiculous

Can no one at Balfour Beatty and our councillors see the state of our urban roads in the city which are now getting out of hand. When the use of a garden hoe along the kerb would have removed most weeds we are now in a position that the weeds are so established that the only way to treat them would be with herbicides which in turn cause pollution. So the only answer appears to be is do nothing and our streets on our estates take on the appearance of an outback town - the only thing missing is tumbleweed. Together with the inability to get on top of the litter and fly tipping problems and blocked drains around the area it is apparent that the majority of citizens and those elected to represent us have no pride in our environment - a sad state of affairs. The picture of Glastonbury Festival and the accompanying litter say so much about the state of our country and mindset of those responsible.

In Australia they appear to have come up with a safe, pesticide-free method of keeping their streets clean and tidy. And ironically  this method is used by Glastonbury Town Council to keep their town clean and weed free. 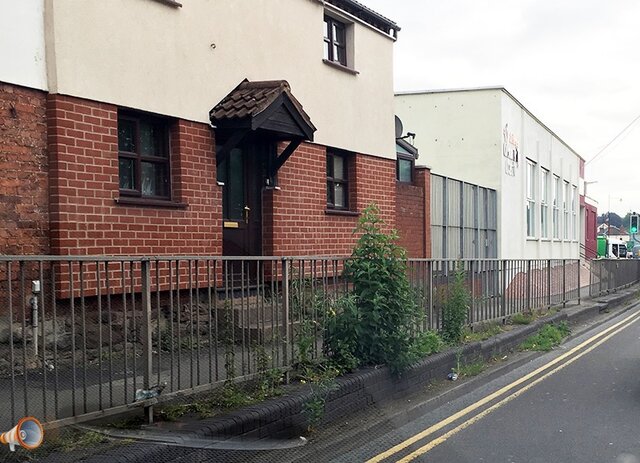 Planning permission has been approved (with conditions) for a 65 bedroom Premier Inn hotel with ancillary restaurant, car park and associated works in Blackfriars Street Hereford.

Once complete the hotel will employ around 25 people.


Portal by DevFuse · Based on IP.Board Portal by IPS
×
×